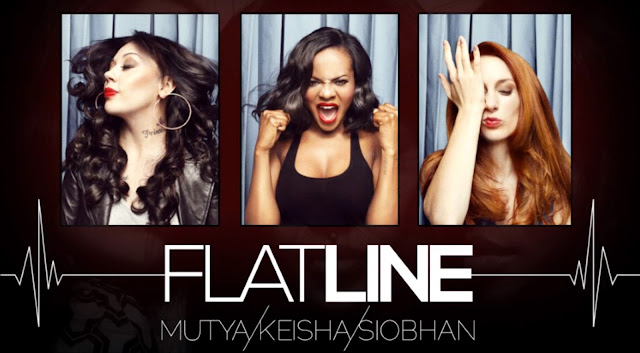 It has been almost a year since fans and public have heard the announcement that the iconic, original Sugababes were getting back together known as Mutya Keisha Siobhan. The knowledge of their return has blown up headlines letting the United Kingdom and the rest of the world know that these girls are back, with a promise to restore faith and perfection in Pop Music.

During the arduously long wait, we have been gifted with some treats that have tided us over until we heard their first single. All diverse and possibly showcasing their talent of creative diversity, an a capella of 'Boys', a feature on a remix of Phoenix's 'Entertainment' and the iconic interpolation of Kendrick Lemar's 'Swimming Pools', 'Lay Down in Swimming Pools' were 'released' on the net to show everyone what to expect from the legendary original Sugababes; each with many articles, posts and tweets of praise. The public were ready to have Mutya Keisha Siobhan in full force.

On July 4th at 2PM (BST), the girls unleashed their highly anticipated first single 'Flatline' to eager fans and a very excited public on their Soundcloud which has exploded everywhere online since. Multiple blogs, websites and artists have shared their admiration for their triumphant return with 'Flatline'.

Flatline is written by Mutya Keisha Siobhan and produced by the unique, cool Dev Hynes (aka Blood Orange) who has recently been praised for his work with Solange Knowles on her latest release 'True'. Flatline is a beautiful pop song that describes a relationship that is slowly but surely dying and the hope that their 'flatline' in love will be repaired by a 'wave'.

The production itself provides a slick, fresh sound and from its originality, does not sound like anything that's in the charts. You can hear the vibe of an 80's pop influence and a beat that creates the framework for an anthem and their vocals are incredibly immense.

Like an nod to their first single 'Overload' as Sugbabes back in 2000, Siobhan starts the song off, catapulting herself and the legendary girls back to the 'scene and in just a line of lyrics sung, reclaiming back the throne as the UK's best girl group of all time. In each of their own way, Mutya, Keisha and Siobhan lay down some serious vocals on this song which showcases their individual, unique voices that fans have been in love with for over a decade now.

Lyrically, the song is one of the best any incarnation of the Sugababes has ever been able to conjure, and shows that Mutya Keisha Siobhan are completely in control of their music and choose to bring a sound that represents themselves in this decade which has once again, will be completely different to anything we have heard from the girls in the past.

This week, the girls will be collaborating with the creative likes of KT Auleta in Los Angeles & New York to film the music video. Judging from the song and work of KT Auleta, this single is looking to be the biggest of 2013 and the biggest 'comeback' we have ever seen.

Flatline will definitely see a blast of Mutya Keisha Siobhan in all music markets and reaffirm their grip on blessing the world in releasing captivating, fresh and exciting music. Do yourself a favour and introduce yourself to the future of pop music and embrace Mutya Keisha Siobhan's first single, Flatline.

For more of the almighty Mutya Keisha Siobhan: