It’s been a while since I have written a blog post, or even looked at my blog for that matter. What made me decide to re-visit writing again was my first love of music; Mutya Keisha Siobhan. If you’re reading this from either my Facebook or Twitter – you would know that I at least talk about this trio every week about how incredible/talented/beautiful they are. Well I wanted to write down my personal thoughts about them, which will hopefully answer some ambiguity around why I like them so much.

I have been a fan of Mutya, Keisha and Siobhan since I was eight years old in 2000, a time when they were establishing their careers under the name of Sugababes to which these girls brought about critical/credible acclaim, international success and securing the legacy for forever being known as; the original Sugababes. Considering the lack of access to music and music videos thirteen years ago, I always was very aware of what music I liked listening to. Growing up with Reggae, 80’s Rock and R&B had it quite set that Pop was not naturally a choice of mine. However, these ladies (at the time – fresh faced girls in their early teens) changed my whole life (musically of course).

I am now twenty years old and still to this day; I still love this group – now under the name Mutya Keisha Siobhan. Over the years (with huge reference to the history of ‘Sugababes’), I have had three big, bad breakups with ‘Sugababes’ (or at least it felt like it) when each of the original members left or were no longer in the group. Siobhan left Sugababes when I was nine, in 2001. I did not have the means like I have today to learn everything as it happens so the effect was shocking in a very odd way.

It was by 2003, being 11 years of age that I had found my favourite member of the group, Mutya – who has gone on to be my favourite singer ever. I got two years of focusing on only her verses in songs; awaiting her responses in interviews and having my early teenage life revolve around her. She eventually left Sugababes in 2005. It was the beginning of the rise of Social Media and my involvement with online pop music forums, where I frequented reading the Official Sugababes Forum. Finding out that way and reading the management-written message ‘from Mutya’ absolutely devastated me. As a selfish, devoted fan I would write on my MySpace and Bebo about how upset I was, welling up every time I listened to ‘Ugly’ – her last single with the group.

The group continued with Keisha remaining as the sole surviving original member of the group. Looking back at it now, I am so glad this happened because I got to understand and respect Keisha in a way I never had before. She was holding the force behind the group and the only reason I still held on, paying attention. I began to realise that Keisha was an amazing songwriter, pouring her heart and soul into her lyrics, delivering them with incredible conviction. By September 2009, Keisha was no longer a member of the Sugababes and with her exit, my loyalties to the Sugababes.

This year, Mutya Keisha Siobhan are releasing their first single and album together in thirteen years!

With their return, there shall be a filling of a void that plagued the pop music industry when credibility, creative control and excellence was considered 'second priority' - with the implosion of 'throwaway' electronic-dance hits. I could not be any more excited (or I’ll seriously burst!). I have grown up listening to the many variations of Sugababes; also, Siobhan and Mutya in their solo careers, identifying their individual styles and techniques in their vocals. I am going to write about the girls individually: 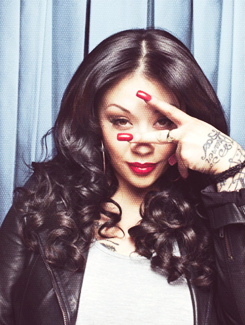 Mutya.
There’s too much to say and not enough time to even consider how to put into words about how much I adore Mutya. I have to say she is definitely the best singer I have ever heard and the only celebrity I have ever ‘idolised’. She has such a smooth, soulful voice to a point where I feel like melting. You would absolutely understand if you knew her voice! Her voice is one that major names in the United Kingdom are all aware of and want – Mutya’s debut solo album, correctly titled ‘Real Girl’ boasted collaborations with George Michael, Amy Winehouse and Groove Armada. It goes without saying her personality shines through everything she does (i.e. her Twitter page), keeping it real and never letting her talent and fame take over who she is; who she always has been. I admire that about a celebrity – identifying with them as a person. I am also beyond humbled that Mutya has also recognised my loyalty to her career and has taken the time to get to know who I am and even to consider me as an ‘amazing friend'. 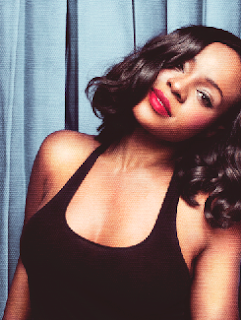 I have so much respect for Keisha. She is definitely what I would call the ‘Ultimate Sugababe’. Keisha managed to persevere with two of her childhood friends leaving a group that they created together. Conscious of her arduous efforts throughout the years, I see her to be the business-savvy one, standing out with her distinctive and versatile voice. Like I mentioned before, her song writing skills and eagerness to have that creative control is just incredible – not many singers in groups usually want to have creative control, or are able to effectively deliver that ‘control’. She is the only one of the three who has not yet released any solo material, despite recording and writing since her being a solo artist. 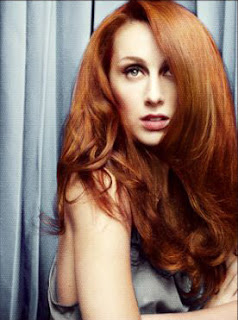 Siobhan.
Siobhan could be characterised as a mythical creature – magical, mysterious and majestic. Her solo career knocked out all conceptions of what a ‘pop singer’ should sound like and really made it hard for me not to take notice of her. I will reference her 2007 opus, ‘Ghosts’ in saying this, which is an album that all of her fans will know and understand why it is cherished. ‘Halcyon Days’, one of the songs on the album is the sole reason for the name of my blog. The album has ‘that’ effect on me, it is truly so special. Not even the dreamy songstress Enya has been able to take me away to ‘that place’ far from reality (in its dreamy indescribable existence) like Siobhan has.


Being a massive fan of Mutya Keisha Siobhan has been like a rollercoaster. Anticipating on any news of their first single has become a daily (sometimes hourly) ritual for me, frequenting all the major pop music sites to find out if ANYTHING has been mentioned which at this point, nothing has been confirmed. Since finding out their reunion as a group in July 2012 (which was the worst-kept-secret), there’s been no indication of what their musical output will sound like, which is irritating and fine in its own way because I have complete faith that with each of these girls heavily committed to the group – will the music be incredible and yet another defining moment in Pop Music/History and my life.

I could almost prove my statement just before this by the reception of the song that Mutya Keisha Siobhan have recorded ‘for a bit of fun’ at the end of their recording sessions with Dev Hynes (aka Blood Orange). It was uploaded by Dev Hynes himself on his SoundCloud account and has been garnering attention from every media outlet in the UK and many blogs/websites/forums on the internet. Like the talent that these girls individually and collectively muster, it cannot be read; but heard:

I would be stating the obvious in saying that my dream is to meet them, hear them sing live and have them tour Australia… right?! Well it’s my only dream that has always stayed the same.

I implore you to do a little searching yourself familiarising yourself with the girls, the almighty Mutya Keisha Siobhan:

Thank you if you have managed to read all of this and a big thank you to Mutya Keisha Siobhan for making a long-time wish come true.