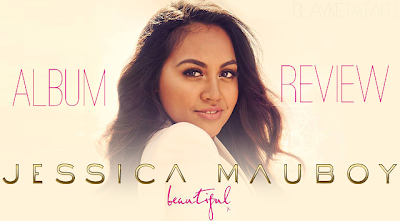 Jessica Mauboy since her explosive catapult to the spotlight from being the ‘quiet Darwin girl’ has evolved to a global superstar, boasting an array of achievements recognised all over the world. Her recent success with comedy musical film The Sapphires has firmly cemented Jessica as Australia’s sweetheart. After a  whirlwind of success for the past three years, Jessica Mauboy is back with her brand new album Beautiful which serves as her 3rd studio album, following from her Gold-Certified album Get ‘Em Girls which featured the hits ‘Inescapable’, ‘Saturday Night (Feat. Ludacris)’ and ‘Galaxy (Feat. Stan Walker)’.

After her break from music, Jessica catapulted back onto the scene with first single ‘To The End Of The Earth’ which premiered during the NRL State of Origin Decider match in July and had an accompanying video that captured beautiful landscapes of the Northern Territory, Jessica’s homeland. The song itself however presented a new direction for Jessica, an energetic and emotive yet melodic sound, proving her malleability as an artist (which requires true talent). The song scored a Top 25 hit, peaking at Number 21 in the ARIA Charts giving Jessica another hit to her name. Some considered this as a lukewarm hit and not enough to lead into an album so the next single ‘Pop A Bottle (Fill Me Up)’ was revealed as the second and lead single through Jessica’s well utilised Instagram account.

After a number of teasers, ‘Pop A Bottle (Fill Me Up)’ was released on 27th September 2013. As a complete pop stomper of a song, it has won over many Australians, bringing Jessica back into leading the charts, peaking on iTunes at the top spot. ‘Pop A Bottle’ is a fun yet simple song that celebrates the love of celebrating life. Jessica since releasing the lead single has performed it on the X-Factor to a bemused crowd filled with cheer. 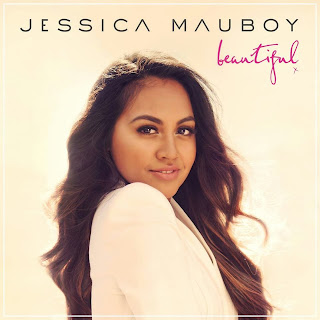 Beautiful showcases Jessica’s evolution as a prominent artist and one of very few successful female artists in Australia. Sonically, the album is a departure from her previous R&B route but still intricately features elements of her earlier sound throughout the album. Jessica is credited on the album as a co-producer and vocal producer, which shows her growth as an artist and her determination to have her mark on her work. Jessica herself has stated that she is a big fan of the 90’s sound and refers to dance acts like La Bouche, Corona & Real McCoy as an inspiration to the overall sound of this album. The 90’s throwback is an underlining element in every song on this modern album that makes this  feel sentimental but still evoking a very fresh sound.

As soon as the album starts with the title track ‘Beautiful’, you can hear an established singer welcoming listeners to the singer’s new journey and in this case, it’s Jessica introducing her new sound and musical direction. It is an up-tempo track that sustains a level of mellowness which makes the track an electric foot-tapper. This formula is also demonstrated in ‘I Believe’ which is on the first third of the album.

It wouldn’t be a Jessica Mauboy album without beautiful yet dramatic songs with a pumping beat. ‘Never Be The Same’ showcases as a mid-tempo track with a level of oomph in the chorus, taking the song to another level of meaning. A highlight of this kind of sound is on the track ‘Go (I Don’t Need You)’, which serves as the albums fiercest song. ‘Go (I Don’t Need You)’ is perhaps the most urban track on the album and in the song demands that she be left without the person who is trying to hold on to her.


‘In Love Again’ is the ballad of the album. The song and melody sparks from the 90’s ballad sound and you could almost hear a 90’s songstress on the track like Monica, Brandy or Mariah. This track is the beautiful song on the album that listeners would play if they were simply starting to fall in love again and Jessica makes it that much easier with her soothing voice and powerful adlibs on the track. 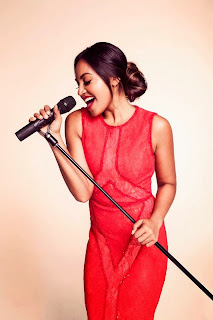 Fans of Jessica’s debut album will love tracks like ‘Honest’, ‘Kiss Me Hello’ and ‘Barriers’ which are reminiscent of her early days as a pop star but the difference being her established flair for song writing and vocals on the tracks. ‘Honest’ in particular stands out from these tracks as it has an ever-changing flow throughout the song accompanied by Jessica’s vocals which also change styles throughout the track.

The two pop highlights would definitely be ‘Heartbreak Party’ & the surprise collaboration with international star Pitbull on the song ‘Kick Up Your Heels’. ‘Heartbreak Party’ plays as the best pop song on the album, following from ‘Maze’ which was a fan favourite from her last album Get ‘Em Girls and unfortunately it doesn’t seem like it will be a single. The song is an up-tempo melodic song about having moved on from an ex boyfriend/girlfriend with them wanting to be back together. Essentially it is an amazing break-up pop song, telling the ex to simply ‘move on’.

The Pitbull featured song, ‘Kick Up Your Heels’ serves as the last song on the album and is a very incredible surprise. It definitely is the winner for the stand out song as it sounds completely different from everything on the album and in the charts. Pitbull delivers an iconic introduction which pays homage to Australia, himself and of course Jessica. It’s a throwback to the 60’s up-tempo swinging pop sound with an almost vaudevillian touch to it. If released as a single it will completely reshape what you ever expected from both of them.

As a whole, Jessica’s third album Beautiful is full of hits and a new sound, demonstrating her force and strength in the pop music industry. The album tracks alone are of such high quality which should ensure a very successful era for the beautiful Jessica Mauboy.

Beautiful is out in stores now and on iTunes.